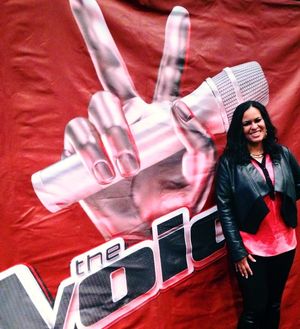 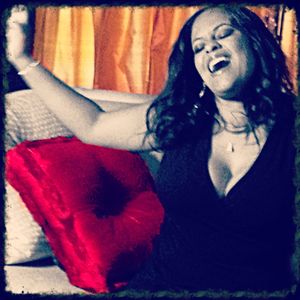 Geneva Renée, the highly sought after mezzo-soprano, whose range spans three octaves, was handpicked to fill in at the last minute for Mariah Carey to sing “Hero” during a dress rehearsal for the Obama Neighborhood Inaugural Ball. An alumna of Howard University, Geneva is heavily influenced by classical, jazz, soul, gospel and pop, and has been a featured soloist at internationally broadcast events honoring Presidents Barack Obama and Bill Clinton. As an artist, she has shared the stage with the stars including Diana Ross, Maysa Leak, and Vanessa Williams; and has performed across the country in legendary venues such as Blues Alley, the Kennedy Center, the Cotton Club, and the Howard Theatre. Geneva Renée is the inaugural winner for NBC4 TV’s singing competition, “Be a Voice V.I.P.,” granting a VIP audition for NBCUniversal’s The VOICE, and she most recently sung the Star Spangled Banner for the Orioles MLB team in Camden Yards.

As a gifted singer/songwriter, Geneva Renée taught and performed her original soul-stirring song, Press On, to a 500 voice choir in 2013 as the official theme song for the National Centennial Founders Day DVD of the Delta Sigma Theta Sorority, Inc.  Press On was then considered for nomination as Song of the Year in the 56th Grammy Awards; and is on her debut full-length album Beautiful Wonder, produced by Dinky Bingham (Patti LaBelle, New Edition, Kylie Minogue).  Geneva also has an official music video online entitled, In the Morning.

Geneva is a featured soloist on "Lord, You're Holy" with Stellar Award-nominated ensemble, Patrick Lundy and the Ministers of Music, on their album entitled "Determined”.